I apologize for leaving you all hanging the past two Saturdays. I am afraid life got a bit in the way of writing. My 92 year old dad, who lives with me, was in the ER last Saturday. I am happy to report he is home and doing well, though wearing a heart monitor. I accused him of horning in on my AI story. He looks as though he is wired for the part.

So, let us continue with Yakov's adventure. I look forward to giving you another episode next week to reveal is mission for the Valarians.

I must admit I was excited as the shuttle approached my ship at the docks on Refitting Station Dynasty. The Zephyr looked brilliant in her newly fitted solar sails. She also had a shiny new paint job, black as the vast universe with a sprinkling of stars across her bow and down her sides.

My crew was waiting when I boarded.

Od, my first mate, stood upright and saluted with a new appendage of his own. Where once there were mechanical hands with three fingers, there were now five fingers on the two sets of his top arms. “It is good to have you home, Captain.”

“Good to be back, Od. I like the new digits.” I wiggled my own at him.

I had left 2,000 credits for each of my crew members to spend on upgrades as they desired. Od had obviously decided to emulate my ‘handy’ work.

“I thought hard about my choice. I think the additional digits will improve my dexterity and ability to help you.” Od stepped to one side so Swain could greet me.

Swain rose effortlessly up on silent new thrusters. The tools he always carried didn’t hardly budge in their storage space within his round body and I had no need to fan the exhaust from my face.

“I purchased an upgraded engine, Captain. Electrical with almost infinite power before recharging.”

“Perfect, Swain.” I reached out and patted him on his chrome domed head.

Modly, my cook, was next in line. “I had myself fully sanitized, and of course, I bought a new apron.” Modly rotated to show off his shiny surface and new pristine white apron, adapted to his long thin frame. His circuit, diodes and LEDs flashing with delight.

“I learned something to do with my new equipment,” I said and morphed my hand into a clever. “Next time we have pi-deer, I want you to show me how to prepare it.”

“It will be my pleasure, Captain.” Modly’s LEDs winked in delight.

Jud had been anxiously waiting his turn. He swung down from his place up on the mainsail rigging and came to rest on the ship’s railing beside me. He didn’t have any audible equipment. So, Od spoke for him. “Jud purchased additional charts from the archives for us, Sir.”

Jud proceeded to flash through some pretty impressive maps of the local areas of the verse by displaying them before me in holograms from the multiple optic devices in his head.

“He also had a long-range telescope installed. His distance vision is vastly improved,” Od added.

Jud rotated his head 360 degrees to display a protruding optical device attached to one of his eyes. It extended out in three smooth motions, then revolved silently. He proceeded to present a detailed look at the nebula not far from the Refitting Station we were on, but then focused in tighter and tighter until I could see Window #45.456.Dc which had to be at least 600 Sectials away.

“I am impressed!” I exclaimed and gave the multi-armed droid a fist-bump.

Ballic and Ballic 2 were next. Both of their upgrades were easy to spot. Ballic 2 had a Tanonic rocket launcher attached to one shoulder and Ballic was now equipped with a grappling hook on his shoulder. Ballic shot out his hook and ensnared the bowsprit, he grabbed Ballic 2 and they proceed to swing around the bow from one side of the ship to the other.

“They have been practicing that for some time, Captain,” Od said. “They have it gauged so they stay within the shields, unless we let them down. Rapid defense from either side.”

I clapped my hands at the display as both the little blue mechanoids came sliding to a halt at my feet. “Excellent!”

My cabin bot, Kial had hung back. He was always shy around the other deck droids. He felt more comfortable below in my cabin. I noticed he had a new red knit cap, so I called him into the group. “Hey, Kial… I like the new lid.”

The little guy glided over on his air cushioned platform. He rose before me and nodded his head. “The captain has a new look too.”

I ran my hand through my almost shoulder length black hair. Kial used to keep my head shaved so I didn’t have to deal with it my face. One-handed steering or fighting did not allow for hair in your eyes.

“The doctors suggested I let it grow. Using my PM hand to trim it and my beard as a razor and scissors. Gave me practice at morphing and getting used to using the hand as a tool.”

I stroked my restyled beard. Where once Kial braided it and put beads and ribbons in it, I now wore it in a short goatee with some elaborate swirls like wave tips at the corner of my mouth and at the hairline where it met up with the sideburns. My hair was long through the middle, but I had been experimenting with some designs in the short hair on either side of my head.

“I thought you might be doing more of your own personal grooming in the future.”

Kial backed away from me and drifted down about a foot. I know it sounds ridiculous, but I thought I heard an air of disappointment in his metallic tone.

“I am still going to need my cabin boy,” I assured him. “My blaster and sword will still need regular maintenance and you know I am a slob. My quarters will always need tending.”

“I know, Captain, but I also thought I might be able to assist you in another way since I would be relieved of your personal care. I considered several options…” He paused tempting me to ask what he had purchased with his credits.

“And what did you end up spending your 2,000 on?” I raised an eyebrow. My cabin bot was usually not this cagey.

“I purchased the Rollings Translation Package,” he said triumphantly. “I can now access the mainframe to translate and speak 1,230,000,000 languages.”

I grinned from ear to ear. “Can you speak Valarian?”

Kial spun round on his air platform with pride. “Indeed, I can, Captain. What would you like me to say?”

Kial uttered a series of pops, squeaks, whistles, and clicks. Then made a little bow of his head.

“Perfect!” I patted him on his bright red cap. “We’re going to need that where we are going.” 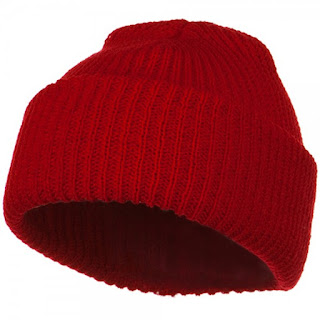