In this short story will meet an old friend of Farloft's, the King's scout and spy, Storm. A gryphon with a quick wit and some incredible power.

Farloft lay on the rock shelf above the entrance to his cave. His belly was turned up toward the sky and his eyes were mere slits as he basked in the mid-day sun.

Farloft didn’t have to look to know who had flown in on silent wings and landed below at the entrance to his cave. It would be Storm Gryphon. He was the only one who could get past Farloft’s exceptional hearing. His silent and stealthy ways were the reason the king employed him as scout and sometimes spy for the kingdom.

An Encounter - A Farloft the Dragon Tale

As promised here is a short story you can read in one setting.
We will do this every Saturday through the holidays.
In January I will start a new serialized story. 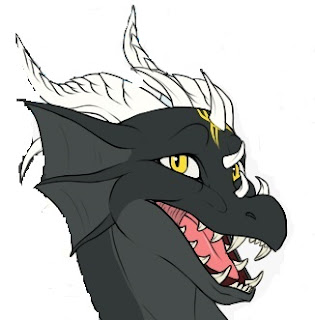 Farloft and Haristaan had been traveling together for several weeks. The old dragon enjoyed the company of the younger black. Haristaan was quick witted, charming and best of all he was a good listener. The younger dragon seemed to absorb Farloft’s stories like a sponge. He never tired of the old one’s tales of times long gone by.

Farloft swooped to the right, did a flip, and looked quickly up into the puffy clouds above. This morning Haristaan had started a game of tag and currently he was ‘it.’ Farloft was not near as fast as the young dragon, but he did have years of cunning on his side. He knew Haristaan was just waiting for that perfect moment to dive from the clouds and tag him.

Haristaan’s black was hard to hide in those white fluffy clouds. The black dipped back out of sight, his exposed wing tip disappeared.

Isle of Mystery - Chapter 17 - The Conclusion

It felt to Farloft as though every member of his clan were gathered around him and desperate to hear where he had been and what had happened the six and a half months he had been ‘lost.’

His father and mother had not left his side since they spotted him approaching the lair from his jump point. His sister was snuggled so tightly up against him she was like moss on a tree trunk.

Personally, Farloft couldn’t stop grinning. It was so good to be home, even if he couldn’t get a word in edgewise.

“Give him some room to breathe,” his Father said to the collective group. “Let’s all give him some time to get his paws under him and then we can all sit down and listen to his story.”
Read more »
Posted by Theresa Snyder (3su) at 9:20 AM No comments:

#1 Amazon Bestseller - Shifting in The Realms "Shifting in The Realms" is 99 cents November 7th - 21st.
Go for an adventure in a new paranormal/fantasy world
with a shape-shifter whose girlfriend prefers him in his wolf form.
The first in a series you won't be able to put down.
The Twin Cities Series

“He’s so happy with his family home.” Farloft watched Rugarth with Ralgarth playing on the ledge outside their cave. He heaved a big sigh.

“You miss your family,” Mesanth said. “It’s only natural.” She draped a wing over Farloft’s shoulders. She knew that their visitor had become very attached to the clan leader. “Will you be going home soon?”

“There is no need for him to hurry off,” Trisk spoke up from her perch over their head in the apple tree. “We’ve only just returned home. You should rest up.” She addressed Farloft craning her neck to see him below in the grass.

“I do miss my family. Most likely they have given up looking for me by now.” He shook his head when he imagined what his parents must have gone through over the last few months. Many times he had wished he could send them a message, but there was no way. “I should leave soon.”
Read more »
Posted by Theresa Snyder (3su) at 8:04 AM No comments:

The Difference a Cover Can Make!

A New Chapter of "In2MInds" will be available soon, but I just couldn't wait to show you the cover of "In2Minds2" and the NEW cover for the previous chapter "In2Minds." These were done by the talented Sherry D. Ramsey. I can hardly wait for the release later this month! Compare it to the old cover. You will see why I am so excited *jumping for joy* 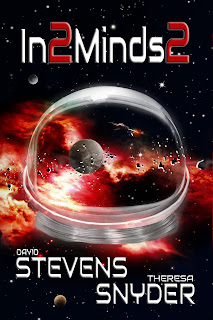 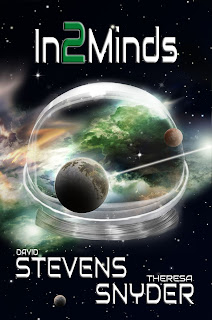 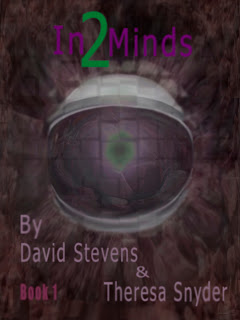