The unrelenting sun beat down on Farloft as he dragged himself slowly forward. He was searching for water and shade on this wasteland his ‘jump’ had delivered him to. There was nothing on this barren land except short dried up grass and lichen the color of a fire’s day old ashes. And, there was no sign of relief. The view stretched from horizon to horizon bare and lifeless with hardly more than slight swells in the earth to give it texture.

Farloft was heading toward the only outcrop of rock he had seen in hours. It would afford him a bit of shade and allow for him to rest. He had dragged his wing so long over the rocks of this land that it was leaving a bloody trail behind him where he literally scrapped off the scales and then the skin below.

An hour later, he finally made it to the rock. He flopped down with his bad wing stretched out in as comfortable a position as he could while still keeping it in the shade. For once he was pleased he was a youngling and no bigger than a very large horse. If he had been his father’s size the outcrop would not have afforded any discernable shade for the huge dragon.

“Are you listening to me?” Farloft’s father asked.

The youngling dragon snapped back from his thoughts of fun in the snow with his friends, to his father’s slightly irritated tone. “Yes, Dad,” he said, as he came to his feet and ruffled his wings in order to wake up and get his mind back on the lesson.

“You need to pay attention,” Mandrake lectured. “You have to concentrate.” His father shook his wedged head and started to turn away. “Maybe it’s too soon.”

“No!” Farloft shouted. He bound around his father to stop him. “I really want to learn how to ‘jump,’ it’s just that Nillit found an abandon human’s sleigh and the rest of the gang helped fly it up to the glacier and they are going to sled today and I was thinking about that and…” his voice trailed off as his father looked down his muzzle at him in total disapproval.

“What kind of dangerous folly is that?” his father growled. “Careening down a glacier in a beat up human sleigh. You could break a wing, or worst, your neck. How many times do I have to tell you…” His lecture stopped abruptly. The youngling really was not ready to learn how to ‘jump’ through time and space. He was too irresponsible.

Next Saturday, July 23, 2016, I will be starting a new Serialized Story based on one of the tales of Farloft the Dragon's youngling years. I will retell how he was taught to fold time and space in order to save a dragon clan from extinction, in "Isle of Mystery." 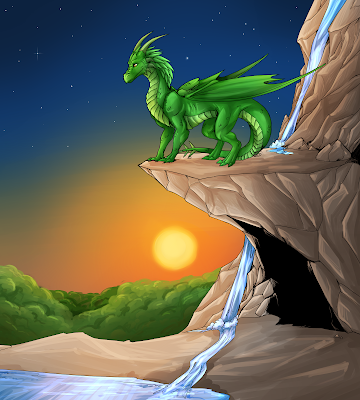 Have you been waiting for just the right time
to pick up copies of my books?

NOW IS THAT TIME!


ALL of my books are 50% off during the Smashwords Summer Sale 2016 July 1-31st. This is exclusive to Smashwords and there are thousands of authors participating. Hop over and grab some great Summer Reading at a discounted price. Use Promo code: SSW50


Click here for my Smashwords page and a listing of all the great reads:

THE TWIN CITIES SERIES "Paranormal like a breath of fresh air in a genre gone stale."

THE FARLOFT CHRONICLES "Fantasy beautifully written that children to adults can appreciate."

WE 3 "Memoirs that are heartwarming, funny & soothing to the spirit." 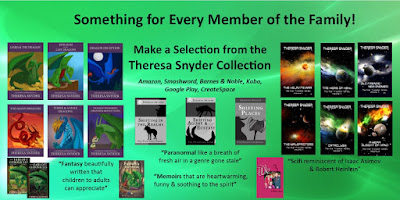