A Gathering of Dragon - Chapter One

Queen Larkin, the ruler of Kerth, stood on the parapet, in the cool night air, awaiting the arrival of Farloft, the Dragon. Her guard rested close at hand, for no one, least of all the Queen, was safe since they learned of the threat from the neighboring Kingdom of Baldar.

“They surely will return soon,” Sarah, her sorceress assured her. “You should try to go back to bed. The night is cold.”

She paced a bit away from her companions and strained her eyes in the hope she would glimpse Farloft and Adrian returning from their reconnaissance mission to the Kingdom of Baldar. She had awoken from a very vivid dream where Farloft called her name. The two had been gone for almost a full moon’s cycle. However, she had a very clear picture of them arriving tonight through the cool fall air. She wanted to be here to meet them. She pulled her fur cape up higher around her shoulders and leaned against the wall of the north tower behind her.

I hope you are all having a lovely Holiday Season.
I wish you all the best!

Next week I will start the new fantasy story I promised you - "A Gathering of Dragons." Farloft is off on an adventure to save the Kingdom of Kerth from an invading force.

Until then, being a self-published author, I could not help by take the opportunity
to help you with your last minute shopping.

There are several GREAT reasons to give the gift of a book. 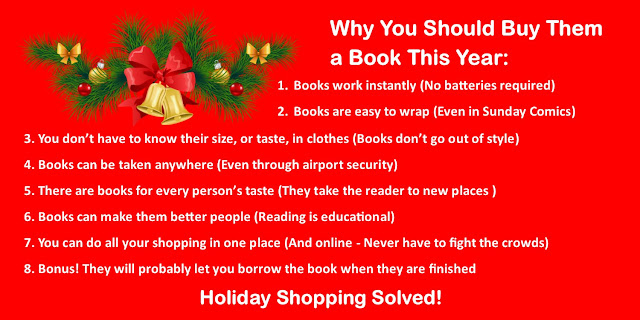 And if you feel like giving one of my collection, I would be honored.

The Star Traveler
(Scifi - YA to Adult)

The Farloft Chronicles
(Dragons for all ages)

See you next week! 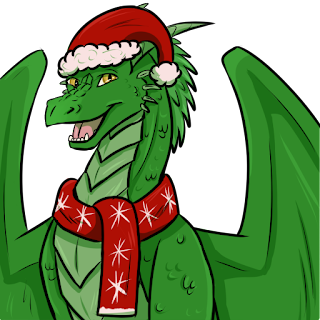 Christmas in The Realms

Every year I write a Christmas story involving some of my characters from my books.


The last couple of years I have spent with Farloft in his fantasy world.


This year I am taking you to The Realms where all things humans
think are magical, mystical or fantastical

Christmas in The Realms

“I wish you could change into a hippogriff, or better yet, a dragon,” Pete said, as we approached the house. “It would have made this much easier to get home.”

He shifted the Christmas tree’s trunk in his hand. My best friend, Pete is a little guy, but he is a trooper even with an eight-foot load. Whereas he is human through and through, I am a shape shifter with both a human and a wolf form.

“You’re just lucky I can change into a wolf or those gnomes would have beat us to this beauty.” I grinned at him when he looked over his shoulder. Those little buggers can be real single-minded when they have their eye on a tree.
Read more »
Posted by Theresa Snyder (3su) at 9:59 AM No comments:

This morning I want to extend a special thanks to all of you for stopping in each week to read my Serial Story Blog.
The Views hit over 200,000 this week.
What a gratifying experience for an author.

Today I am posting Yaltzee Shift!
For those of you who love my
paranormal/fantasy stories in the world of The Realms,
you will enjoy this one.

Yaltzee was a minor character I left in a very dire situation in
Book 3 of the Shifting Books in the Twin Cities Series.
I didn't feel right about leaving him there, so I wrote this story.
At first it will seem like I just moved him into a worse situation,
but believe me, it does get better.
I love happy endings.

I also wanted to give you a heads-up for next week.
I will be doing my Annual Holiday Blog Post.
Last year it was with Farloft, my dragon muse.
This year it will be with Scar and his family.

Happy Reading and Thank you, again for dropping by and
making my Holiday Season Special
by supporting me in my writing endeavors. 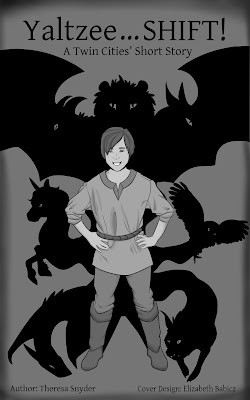 This week I will continue with my posting of short stories for the Holiday season.
These are fun because you can have them emailed to yourself and
download them to read
while standing in those long lines at the department stores.

Today is
Fur and Frost - A Dragon Love Story 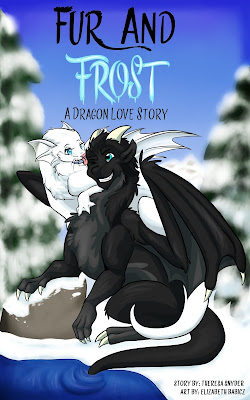 This story has also appeared here on this blog in serial form previously.
By downloading it in its entirety, you join the many followers on my Monthly Newsletter.
Each month I send out a letter with free reads, contests and author news.

If you enjoy this story, you might consider picking up a copy of
The Farloft Chronicles.
They are Dragon Fun for All Ages.
There are six middle-school formatted books,
two collected works formatted for adults
and one pre-school volume with 9 short stories and coloring pages. 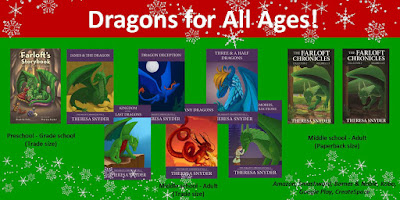