“Okay, Captain, show me what you’ve got,” my rehab tech challenged me.

I was on my last day of physical therapy with my new arm and hand made of programmable matter. I flexed the very realistic looking appendage via the implanted nano-bots in my bloodstream. In all appearances it looked and operated exactly like my real arm and hand, with one huge exception, with concentration I could change the shape. After all, programmable matter was very malleable. The Valarians were masterful in their tech, way beyond the rest of the verse, and they had invented it.

“What are you waiting for, Yakov?” Mialki asked.

I think he was more excited about my hand and its capabilities then I was… Well, maybe not quite. I had to admit, it was damn good to have another hand. I’d lived without my left arm, from the elbow down, for years. I was the first Sworag the Valarians had ever allowed to buy this wonderous tech. I made them an offer they couldn’t refuse. No… not money, or credits, or any other type of monetary payment… They needed a job done and I had the type of skills, being a pirate by trade, that they needed.

Mialki had been chosen as the go-between for the rehab after the operation. He had worked extensively with the programmable matter and learned the ins and outs of communicating with the highly advanced Valarians.

He was a Gorgiani himself and fluent in Valarian, a very difficult language for almost any other race to learn. To most ears it sounded like a series of pops, snaps and whistles. The Gorgiani were able to duplicate the Valarian language because they had two tongue, one on top of the other. Every other race communicating with the Valarians had to depend on an auto translator, which was slow and often off when dealing with the idiosyncrasies of Valarian speech.

The Valarians are overly large octopods with excessively complex brains. They are the original cartographers of the verse. They were out there mapping long before any of the other races had even thought about leaving their home world’s atmosphere.

“Ready?” I asked with a grin. I had been practicing this exercise for over a week behind Mialki’s back. I wanted to surprise and impress him. He had been by my side since I woke up after the operation.

He cocked his head at me and grimaced. “What do you think? I’m waiting…”

I focused on what I mentally referred to as my PM (programmable matter) arm and it began to morph quickly from a Sworag’s arm and hand to a snake like appendage with suckers on one side for a firmer grip. I patterned that after the Valarian’s arms/legs, I saw during my hospital time.

From that snake like form, I continued to lengthen it and created a whip which I proceeded to crack with confidence. That had taken a bit of practice and I received my share of owies from the backlash.

Mialki whistled and applauded. “I must admit, I am impressed. But what prompted you to throw in the cleaver?”

“I thought Modly might enjoy some help in the galley when I got back.”

Mialki was familiar with all my AI crew members. He knew Modly was my cook. I’d left my ship and crew at Refitting Station Dynasty. They were all getting a major upgrade compliments of just one of the traglite stones from Princess Kaszidra’s arm band. In its place I had crafted a golden disc representing her planet’s official seal. I intended to return the crown jewel piece to her majesty, in person, right after I finished the job for the Valarians.

If I was lucky, and she was serious almost a year ago, when she left my ship to take her place as Queen of Sallum, I would be wrapping two strong arms around her soon. 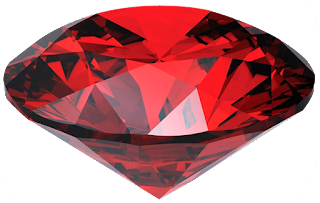